A major commotion was heard throughout the social media world when the Emmy nominations were announced and the name of Tatiana Maslany was absent from the category of Best Leading Actress in a Dramatic Series for the science fiction adventure Orphan Black. (Winning the Critics Choice Television Award for the same category probably helped take some of the sting off this other snub.)

For those unfamiliar with the show (it runs on BBC America, which probably accounts for the lack of voting clout with the Emmy folks), it deals with a woman who has a bunch of clones of herself running around the globe, each one played by Maslany.

This one-actor-playing-multiple-roles idea got me thinking with fond remembrances of the excellent work of Quebec actor Michel Côté in the 1989 film Cruising Bar (aka "Meet Market") and it's 2008 follow-up Cruising Bar 2. Unlike Maslany's attempts to get the audience to recognize the attachments of her different roles, Côté's challenge was to have the audience accept that one performer could have the audience believe they were seeing a different actor in each part. 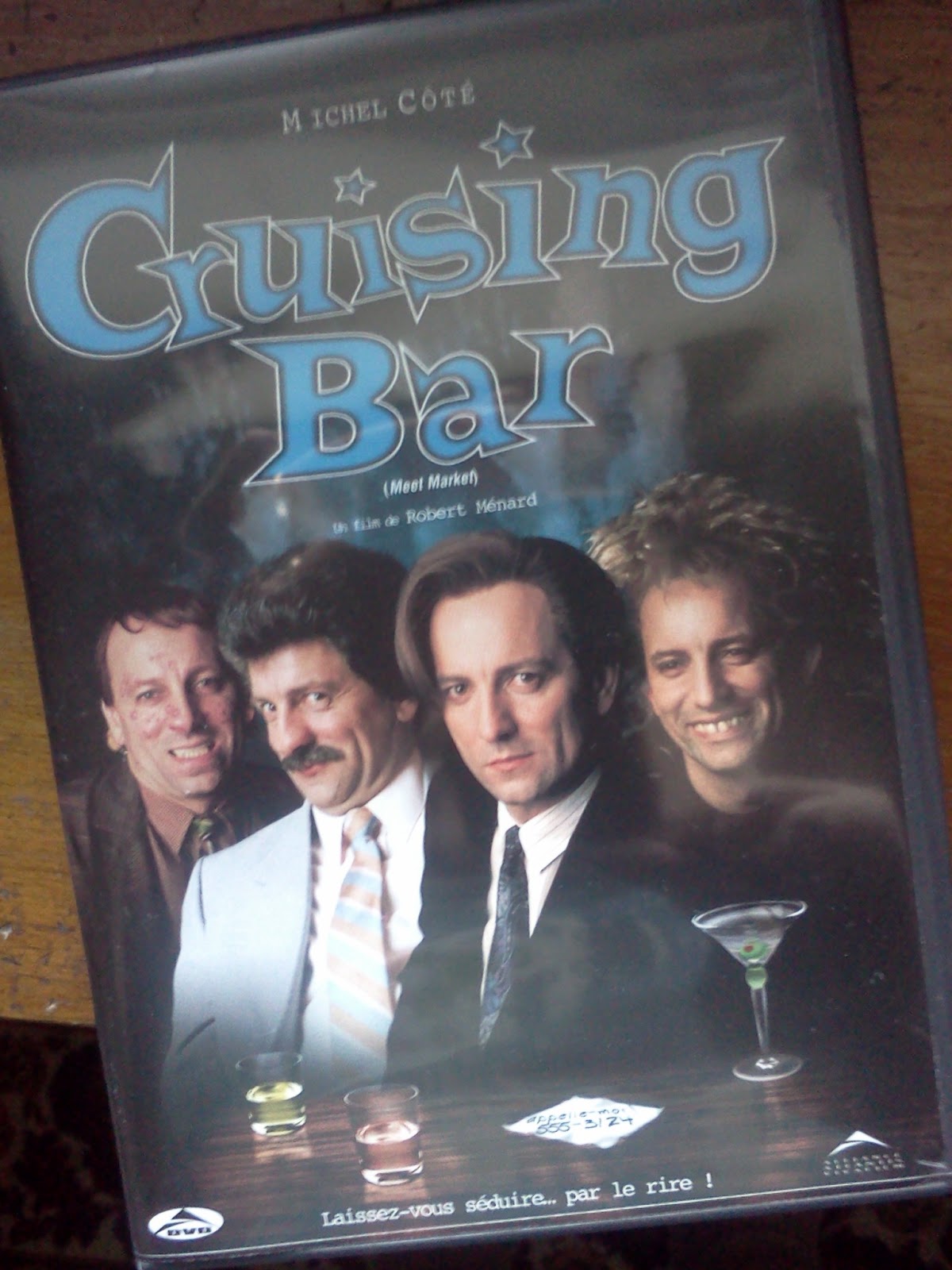 At the beginning of the original film we are introduced to the Bull , an overweight philanderer trying to pick up women in cheap hotels; the Lion, a likeable stoner who is his own worst enemy and tries the patience of his concerned girlfriend by his actions in the rock and roll club scene; the Peacock, a God's-gift-to-women egotist who is almost too suave for his own skin and (he thinks) just too good for the ladies in the high-end bars he frequents; the Worm, the quintessential nerd whose attempts to attract the opposite sex lead to a series of disasters in the wrong kinds of venues.

Cruising Bar '89 takes place in one evening and has no overlap to the four subplots - each character is followed in his separate quests. The Bull comes across as gross, the Peacock as delusional, the Lion as sad and the Worm as pathetic.

The appeal of the film is not a highly developed story line or a multitude of snappy (French) one-liners.  Cruising Bar is a success because of the amazing turn(s) put in by Côté - you really end up believing there is more than make-up and wigs accounting for the different personalities. While one may point to some of Eddie Murphy's (all too rare) better works in multiple roles as superior, there is no doubt that Côté comes close...and in my opinion makes Mike Myer's attempts at the same look minor-league. While a few of the situations may come across as a bit corny, Cruising Bar is more than entertaining enough to make for a most pleasurable viewing. And yes, it's best watched in the original French with subtitles. 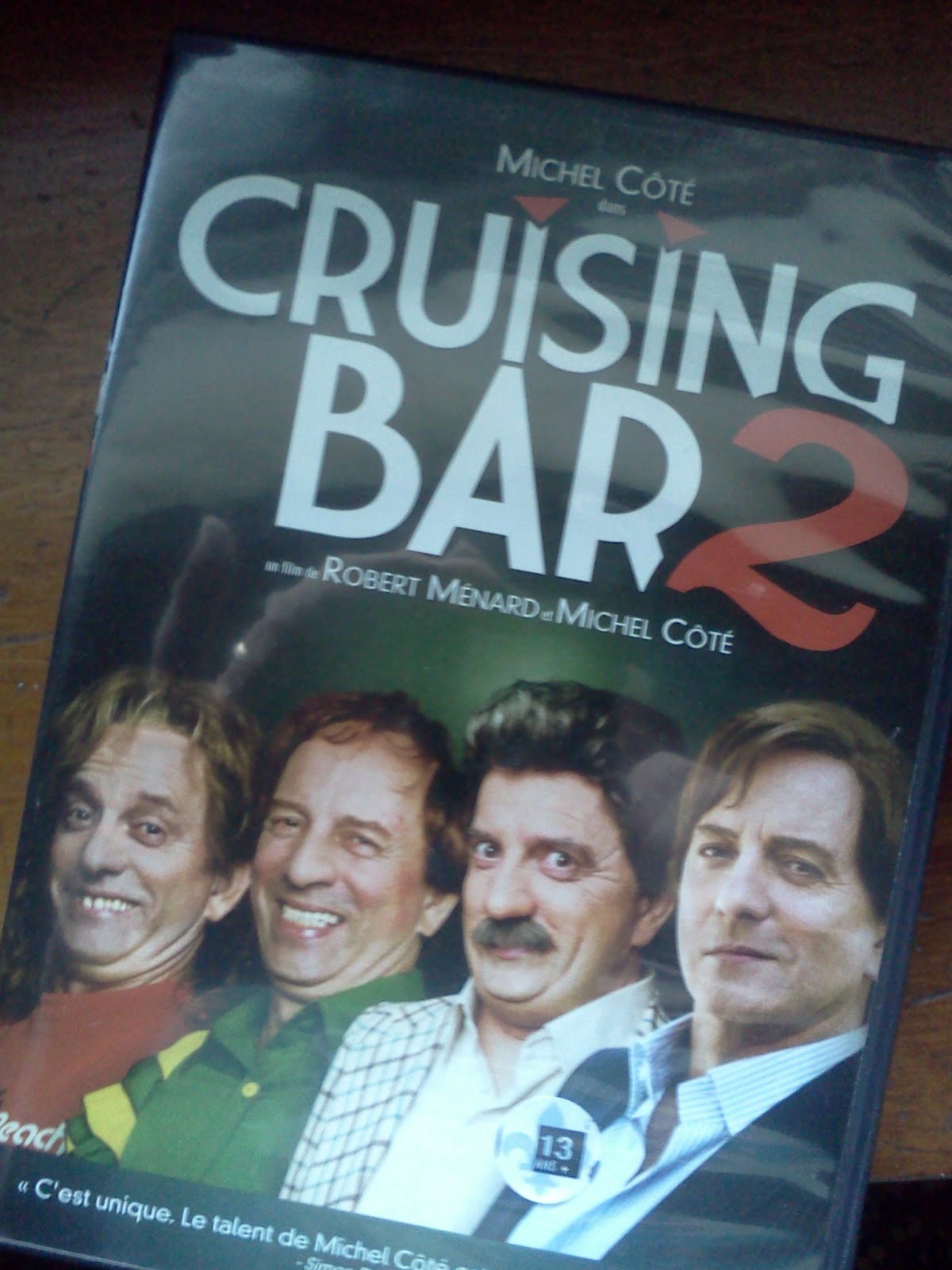 Cruising Bar 2 lacks the same kind of laugh-out-loud moments of it's predecessor - it's main value is in tying up the story lines of 3 of the 4 characters in a fairly satisfying way. Not recommended unless you've seen the first film, in which case you probably would be interested enough to find out what happened to this unusual group of characters. Still, it's worth seeing for how accomplished Côté is in these multiple roles.

Michel Côté is mostly known as a top-notch comedic actor in his home province of Quebec but in the future I'll be sharing a role he did that was quite removed from the flirty material he does here - one that delves into the seamy side of underground adult films. In the meantime, I suggest you seek out these two merrier performances if you can.

I say these films taste - ENJOYABLE.