A Most Pleasant Seduction, Doctor Lewis

An entry in the 2013 Toronto International Film Festival, Don McKellar's The Grand Seduction is a remake of the 2003 film La Grande Séduction, known in most areas outside of the province of Quebec as Seducing Doctor Lewis. As of this writing I have yet to see reviews posted on the new English language version, which McKellar insists is different in many ways. I wish him well, because it will take some effort, magic and luck to capture the charm and good humor of its predecessor, as well as duplicate its accolades; the original was compared favorably to Waking Ned Devine, won several prizes, including the Audience Award at Sundance, and received an enthusiastic notice from A.O. Scott. 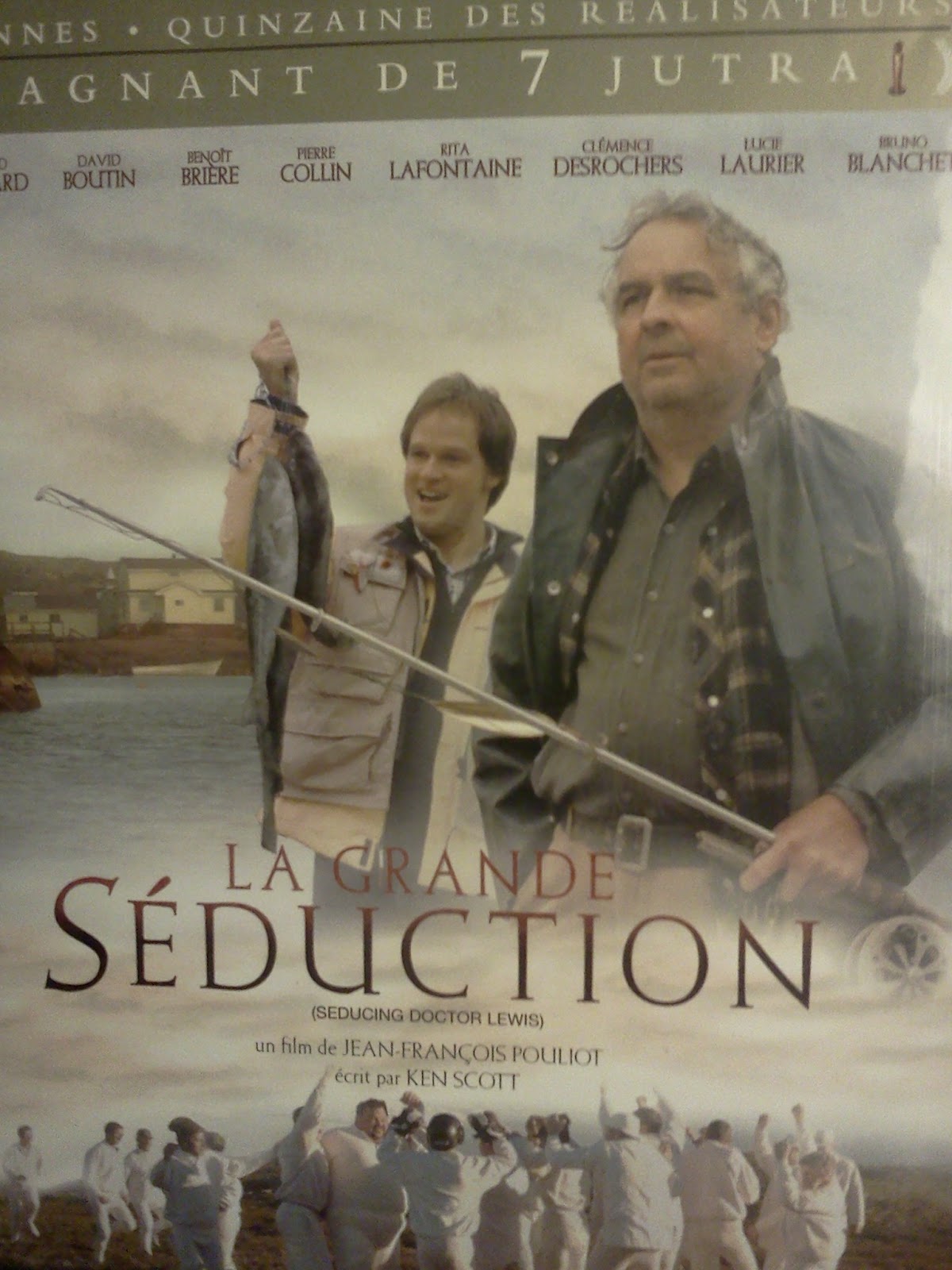 The fishing community of Sainte-Marie-La-Mauderne has certainly seen better days - with few catches to be had in the waters, the boats are docked and most of the men in town are collecting welfare. But the people are proud and very much want to work. One possible ray of light emerges; a company is considering the village as a candidate for a plastic container factory to be built. The obstacles: the population base has to be larger than it actually is (nothing like a little lying and scheming to pull that off) and, of a greater challenge, a full-time doctor must be residing.

It just so happens that a young physician in the big city has gotten himself into a legal spot in which he has to agree to go to the village for one month - that's how long the inhabitants have to convince him to stay. By researching and keeping him under surveillance (which includes tapping his phone), they conclude they know enough about the fellow to pull out all the stops that will "seduce" him. The local restaurant goes out of its way to cook only his favorite foods (like their invention of Festival de Beef Stroganoff). They stage scenarios where he can catch a large fish even though he barely knows how to cast a reel (and the sea creature just happens to be frozen). The men of the community have to pretend to know and play his favorite sport of cricket, even though most of the populace wouldn't know it from bocce ball.

The one word you will probably hear more than any in describing Seducing Doctor Lewis is "charming". And a charmer it is. It's certainly far from being the most original storyline and counts as an entrant in a long list of those that attempt to please the masses. But for the most part, it succeeds with that. Its major strength - its secret sauce - is the lively assortment of characters...who have a lot of character. The casting in the film is spot-on. Weaknesses and delusions are exposed but all the players are treated with respect and empathy. These folks may not be the types you initially want to spend too much time with but, like the film itself, they grow on you.

La Grand Séduction (Seducing Doctor Lewis) is not out to be a game changer in the world of cinema but it should put you in a fine old mood. You'd have to be really impatient, snotty...and probably sitting on a bad case of hemorrhoids...to not be seduced by this delightful movie.