Filling The Void Of Cinematic Fertilizer

You know, fertilizer...as in cow manure...sheep manure. The kind of stuff that's smelly and not very pleasant to hang around with. At the same time, you have to respect the properties it has to get things done. It's still crap but of a particular, admirable kind.

If you think you have a fair bit of tolerance and understanding behind the idea of  fertilizer and can distinguish it from just plain old "crap", there's a film you might want to check out. A work not exactly unknown in the cinema world but hardly on the lips of those on this side of the Atlantic.

Noé's most recent feature was Enter The Void (2009), an ambitious project (and definitely meant by the director to be regarded as such) which, depending on your temperament and head space, offers a cornucopia of fertile riches or an excess of pretentious (ahem) crap. 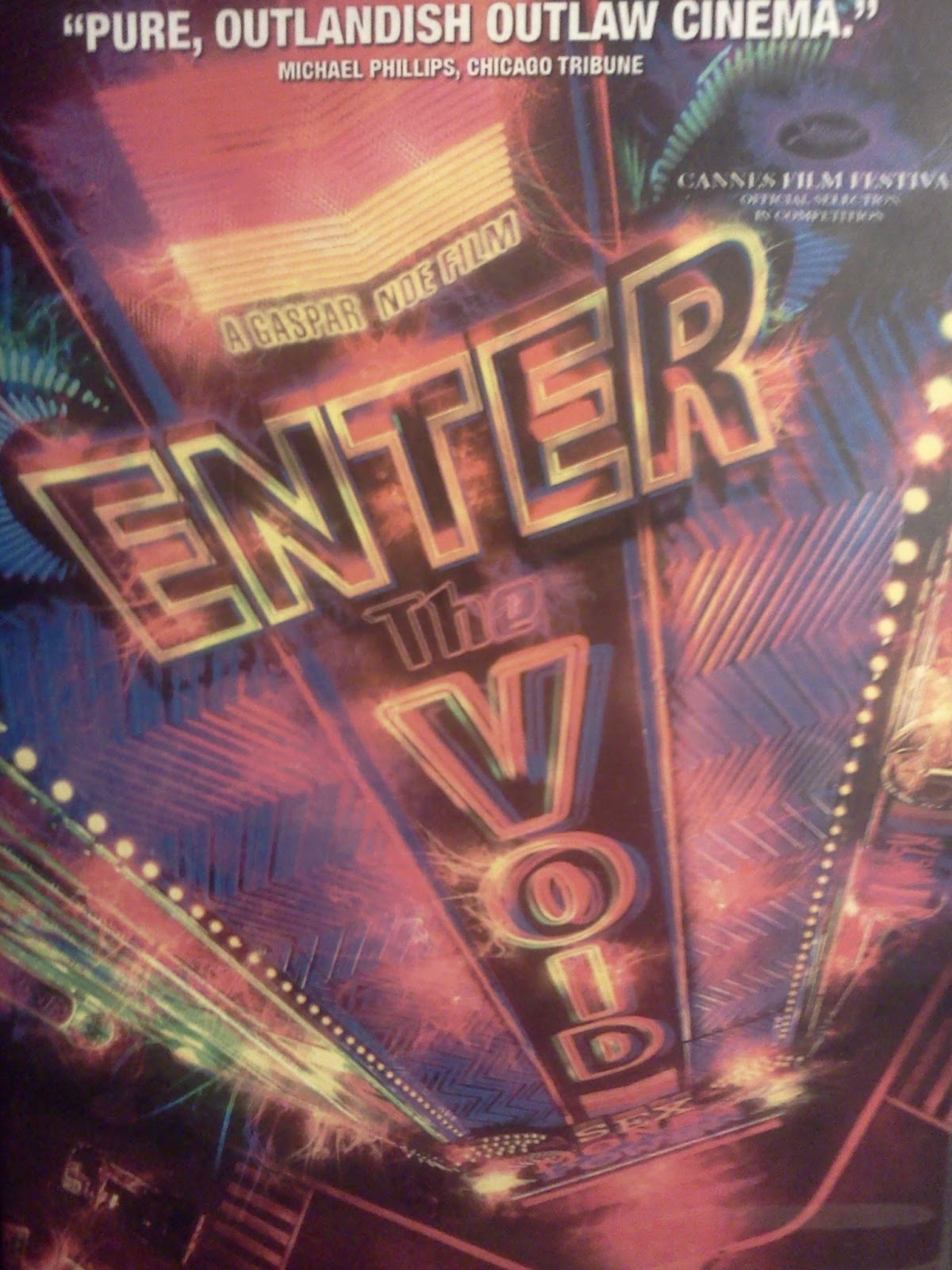 Set in Tokyo (but with almost all dialogue in English), the film opens by introducing Oscar (Nathaniel Brown) and Linda (Paz de la Heuerta) as a brother/sister pair with a close and (insert euphemism) "complicated" relationship. He's a dealer and addict (although in denial of that); she's a stripper in a seedy but popular club. The beginning and follow-through of the story - even when he is physically gone - is seen via his p.o.v. (featuring the most back-of-the-head shots since the Dardenne's Le fils).

The topic of death is introduced right off the bat - "They say you fly when you die", as they watch a plane overhead. This offers a quick segue to discuss the recent gift from his friend (and her admirer) Alex - The Tibetan Book of Death. After Linda departs for her evening of pole dancing, the bro gets a chance to get high and meet up with Alex, who recites the options a spirit has once the body has perished. Unfortunately, Oscar eventually has a rendezvous for a drug deal with his other "friend" Victor, the chap who ends up betraying him to the police. The resulting commotion leads to Oscar's death.

The rest of the film utilizes the combination of backwards/forwards non-linear narrative seen in Irreversible, with an examination of where the siblings had come from, what they meant to each other, and possible futures they could face in both the world of the living and beyond.

For it's entire 161 minutes, no one will deny that Enter The Void delivers on eye candy! One gets the feeling that Noé had that Hitchcockian "the-movie-is-already-made-in-my-head-and-now-we-just-have-to-shoot-it" thing going, so precise are the images and the path the film takes.

The certainties end there and debates begin. Some may find the movie disturbing when it isn't corny, gritty when it isn't messy and thrilling when it isn't tedious. If you ask two people who've seen Enter The Void, you may be convinced there were two entirely different films with the same name. And personally this is the back-and-forth I was experiencing while watching it - two different people inside of me bantering "Yes...ugly but beautiful. Crass but sexy. Mind-numbing but thought-provoking." And in the end you may not have come to the conclusion that you have seen a successful film but you'll probably believe you have witnessed a cinematic event, even for a film that alternated between super-nova and dwarf star status.

Or to say it in another way, even when Enter The Void gets smelly while you're watching it, the end results provide an offering that made the indulgent messiness worth it. Those who are open-minded and looking for something beyond the conventional should head straight to this one. Just be prepared to hate it..when you're not loving it. Fertilizer smells but it's there to do it's thing.  So does this film.