They Must Eat...But Must We Watch? 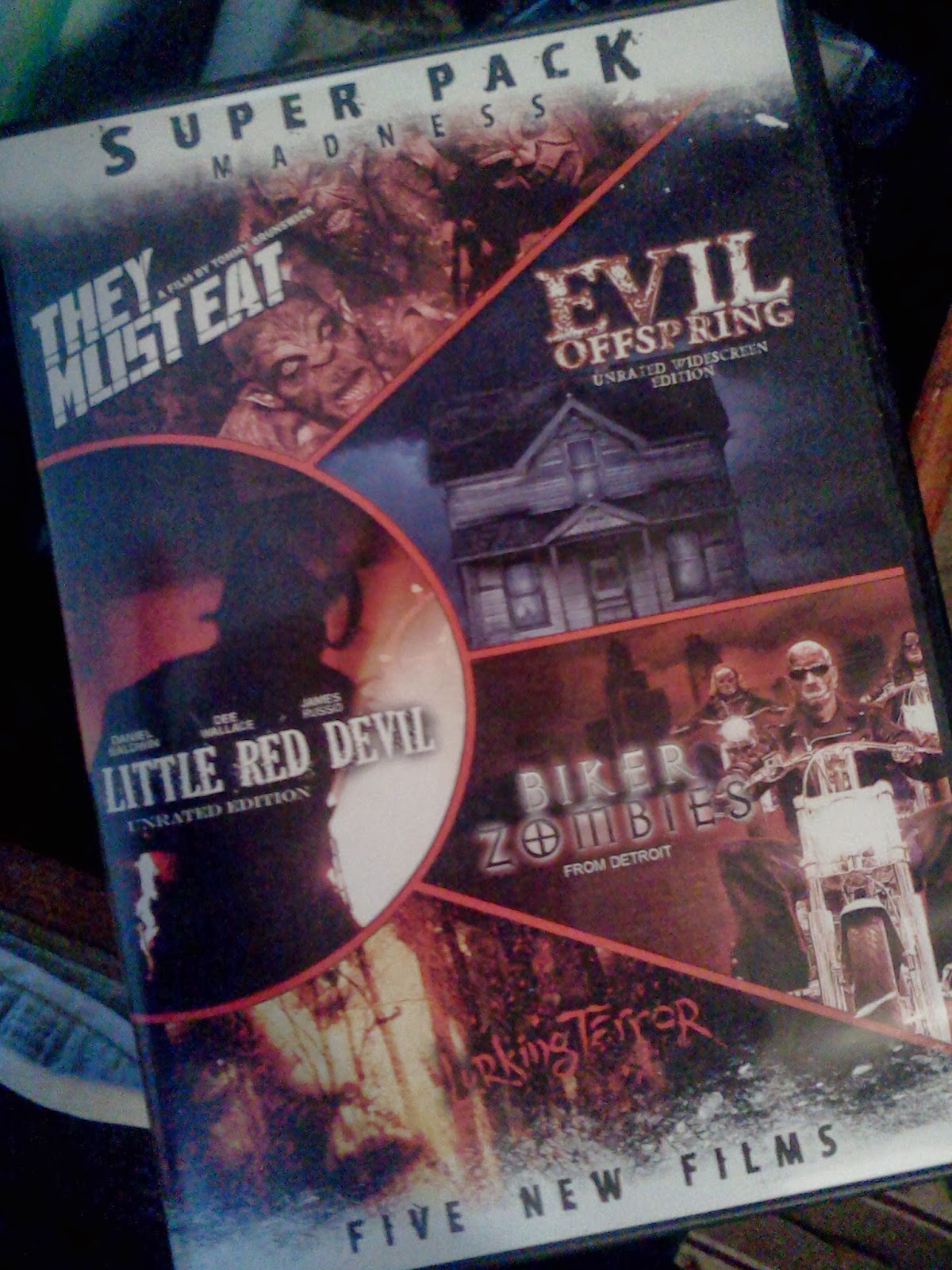 A while back I was poking around the $5 bin at the Walmart up the street and came across a five pack of movies from the husband/wife team of Todd and Tommy Brunswick. He directed the infamous Biker Zombies from Detroit, which I had already heard was a time-waster extraordinaire by people who I thought would normally have more tolerance for such material (but I'll probably have a look one day). Another offering which I decided to go ahead and watch was Lurking Terror, Tommy's first directorial spin (she seems to have taken over the job of calling for "action" in the family ever since). It was no classic and I can't recommend it, although the pacing was good and it seemed the cast, while hardly Shakespearean, really seemed to be enjoying themselves, making the experience less brutal on my end.

Next up for my viewing pleasure (I hoped) was They Must Eat, which Tommy helmed in 2006.

Sanford (played by John Anton) is a twitchy geek who has just been ushered out of the home of his fickle girlfriend Maria. He lands on the doorstep of his equally odd uncle Alistair, portrayed by ( ...trivia question for 20 points.....who is Tommy Brunswick's dad? Answer:) Rudy Hatfield. Seems that poor Alistair has been stuck with the job of feeding human flesh to a bunch of ghouls nestled in the back of his rural property (his favorite is named "Kojak") but now the old man collapses and dies, leaving his nephew to take over the butchering activities. Without blinking (or thinking?), Sanford takes up the cause but is less intimidated by the ghouls than his uncle was and sets about to train the creatures to carry out his wishes.

Away from home, Sanford defiantly does not rule anything. His crummy job for a corrupt operation places him in the line of fire for the insults delivered by the boss's son. But as time rolls on, Sanford figures out more ways to use the ghouls to exact the revenge needed against his enemies...until, of course, things kind of backfire.

They Must Eat is an "almost" film. It's almost amusing enough, but not really. It is almost ghoulish enough but never achieves the squirm-iness factor needed. The acting, especially from the animated Anton, is almost acceptable...but still too clumsy. The special effects make-up isn't special enough. The narrative, absurd as it is, doesn't really turn one off but isn't that absorbing either. In short, the film is almost entertaining but...

As I mentioned, this 5 pack of Brunswick & Brunswick films cost me $5. After watching two I don't feel ripped off yet but I have three more films to go before I regret not having used those funds to grab a pint of a cold frosty one. We'll see.