The under-the-radar factor:
Film is currently in release on the Vimeo VOD service.

I didn't like the Blair Witch Project. I admired the marketing savvy but, as pointed out by many, it was less a film and more a stunt. Perhaps what I liked even less is how its phenomenal investment-to-return ratio inspired a slew of "found footage" doc/mockumentaries to bombard the screens, with a wide range of quality (or lack of) on full display. (Personally I thought Cloverfield was one of the better of these time-wasters...sillier can be better in this genre.)

A fairly recent entrant to the concept comes by way of the production known as The Upper Footage, a film "presented" by some mystery man named Justin Cole (is that his professional wrestling manager handle?) that was preceded by a degree of controversy regarding any cinema verite realism it may have contained. There was some hoopla regarding what was really being posted (or threatened to be posted) online, with even Quentin Tarantino's name being dragged into the mix. We'll cut to the chase here and tell one and all that this "found footage" offering is definitely as authentic as Justin Bieber performing in an opera. I also say up front that in spite of my fears that the viral marketing campaign may have been of more interest than the movie itself, The Upper Footage (mostly) works, from both an entertainment perspective and by way of some social commentary.

The film follows a group of well-heeled, privileged knucklehead young adults who have nothing better to do but be complete goof balls. They party-hardy, look to score, drive around in a stretch limo and down as much booze in the gullet and blow up the nose as they can. Eventually they pick up a "socialite" (her face always pixelated) to take back to one of their apartments to get her wasted on coke to the point of stripping (the next step in her actions beyond that are not shown out of "respect for her family") and being left in the bathroom to vomit herself into an early death. The rest of this charmer concerns the group of brats coming up with the plan for disposing of the victim's body without themselves being caught. Trailer, please...(but you may want to cover your ears or wash out the mouths of the actors...)

So we know we're going to be experiencing the high-jinks of the early evening, the picking up of the young lady, her death and the subsequent attempt at a cover-up - all being recorded by the guy in the group with the video camera. When I understood this to be the case - and knowing the production values to be expected and forgiven in this sub-genre - I ended up deducing what would be the two most important questions to be answered about this film:

1) Is the level of acting from the young cast believable enough? And...

2) ...does the suspension of disbelief hold when the decision is made by the characters to continue recording the night's events after the tragedy occurs?

In regards to the cast, I can say without doubt that they are the strong suit of the production. From their saucy spoiled endeavors in the first half of the film to the melting down after the fear of going to prison sets in, the young thespians employed here pull off a stellar job with nary a false note being struck, regardless of how incredulously the audience reaction to the actual story may be. Whether in party mode or panic, the range the group displays is an impressive one.

On the believably aspect, things don't hold as strongly. In the first half of the film, prior to the fifth wheel's death, the static images of nothing in particular, shaky shots in the limo, and mugging for the camera come across as plausible. Once the death occurs, a reason is given as to why the video recording should continue. You either buy into the explanation or you don't. I didn't. And as the story continues and a rethink occurs by some members of the group, the fact that images would continue to be captured becomes even less convincing. So, yes...suspension of disbelief takes a major hit just as the storyline intensifies.

In spite of this rather serious flaw, I still find myself admiring the talent of the cast and the determination of the people behind the production enough to recommend this effort. The jabs at the poor-rich kids of the 1% world also makes for scoring relevant points, as it's clear the snot-noses are entertained by the spiral of a member of the "lower classes" in their presence.  I can also say that, from start to finish, The Upper Footage held more interest value for me than many other similar offerings...Blair Witch included. Far from perfect but not to be dismissed, The Upper Footage manages to be just worthy enough an indie to spend some time with.
Posted by Unknown 2 comments:

The Lost Son of Havana Hits the Emotional Strike Zone

The under-the-radar factor:
The film screened on the festival circuit with a stop at Tribeca before it was acquired by ESPN and given sporadic screenings on its various outlets. Recently the documentary has been made available on Crackle.

I sometimes wonder if Luis Tiant was born with that cigar in his mouth.

Cuba's baseball pitching legend (and his ever-present stogies) provide the focus for Johnathan Hock's informative and moving feature length documentary that can be very much appreciated by the non-sports minded as well. 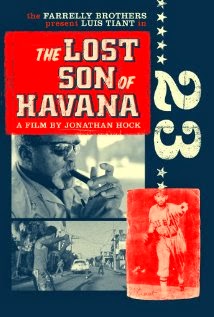 The year was 1961 and the flood of Cubans leaving their country was already well under way when the botched Bay of Pigs invasion put the nail in the coffin. Fidel Castro (once considered a bit of a pitching prospect himself but who never actually tried out for a MLB team - that's urban legend stuff) declared that those natives who found themselves elsewhere could return or forget about ever seeing their motherland - and their families - again. Luis Tiant Jr. had graduated from the Mexican League to a contract and the potential for a promising career with the Cleveland Indians. But his decisions meant that it would be a decade and a half before he could ever cast eyes on his parents in the flesh and a full 46 years before he could see the country of his birth again.

The Lost Son of Havana engages in a back and forth narrative focusing on three time periods. The contemporary backdrop is a goodwill event between countries in 2007 that allows Tiant to return to Cuba for the first time since 1961. Many will claim that there were significant improvements under Castro but the country "Luisito" sees before him is a depressing one. Tears of joy and sadness flow from his family and friends who are still alive, telling him of their plight, while Tiant himself revisits neighborhoods from his childhood years that have fallen on hard times. And not everyone necessarily welcomes him back with the most open of arms. While handshakes and smiles are offered, unmistakable jealousy and anger are expressed by some who question the decision he made to stay in America to engage in a life that was a world removed from their homeland experiences. 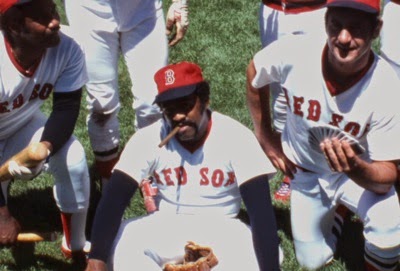 The movie then takes a look backwards, focusing on Tiant the MLB player, facing racist taunts as a minor leaguer, only to then achieve amazing fan adulation as he rocked up the developmental ladder. But a stunning major league debut marked by a shutout over Whitey Ford and the New York Yankees could have been the prequel to the same type of flame-out later faced by another colorful pitcher, Mark Fidrych. A serious arm injury seemed to initially seal the fate of Luis the power pitcher but inspiration led to reinvention. Tiant reemerged as a finesse thrower who could come at you from all angles and at all speeds. Sometimes his delivery would have you believe he was going to throw the ball into center field; other times his windup would see him looking straight up in the sky. Hitters would come up to the plate multiple times in a game and never see the exact same pitch twice. Taint is shown in his Indian, Twins, Yankee, Pirate and Angels days but the main focus is on his legendary time as a Red Sox, when he earned the reputation of not only being one of baseballs best throwers but also a supreme showman. Interviews with Sox legends Carlton Fisk and Carl Yastrzemski provide details that further enhance the pitcher's glory period.

But an important section of time covered in the film belongs to another pitcher of the same name. Luis Tiant Sr. - "Lefty" as he was commonly known - had also ventured to the United States for a professional career, years before his son's voyage there. But the father had a skin color that was deemed too dark for the majors and was diverted into a career in the Negro Leagues with the New York Cubans. While the two gents named Luis Tiant are shown eventually reconnecting, there is no doubt some competition and jealousy exists, along with the affection, between these two men, adding further intrigue to the story of father and son.

Sure, The Lost Son of Havana is a baseball film as well as an examination of some of the political and economic landscape of modern day Cuba. More than anything, it is a story of loss...and success. The emptiness Tiant felt in not being able to reconnect with the country of his birth for so many years and an emptiness that is not initially solved through his efforts on this historic voyage. The loss Cuban athletes like his father experienced in their efforts to capitalize on their great gifts that were never realized, either through financial success or status recognition. But, in that regard it's also a film about success - the success of one LuisTiant Jr. achieved in a number of ways - on the field, with fan adulation (particularly with Boston fans shown adoring the man to this day) and, in varying degrees, with re-connection.

In spite of the hardships of the modern Cubans and the injustices depicted  in regards to Luis Sr. and other negro league stars, the film does have its lighter moments. It's fun to watch the documentary crew get slaughtered in an exhibition game against top Cuban players (that was the excuse that allowed Luis Jr. to return to Cuba, acting as a coach. He has a good laugh over how bad his "team" is). And some of the complaints of the older Cuban folks just sound like...well, old people complaining, like your mom and dad. People are people. The funniest scene involves Tiant's visit to a central park where everyone talks...make that argues... baseball and to see his reaction when the question of who was the best Cuban pitcher in the majors is offered.

The documentary is extremely satisfying in examining Tiant the baseball player - more than enough footage will have older viewers enjoying the voyage down memory lane, while younger types who have never heard of "El Tiante" will be fascinated by the details of this showman. But above all, The Lost Son of Havana is a great human interest trip that anyone would be be happy to take. Highly recommended.