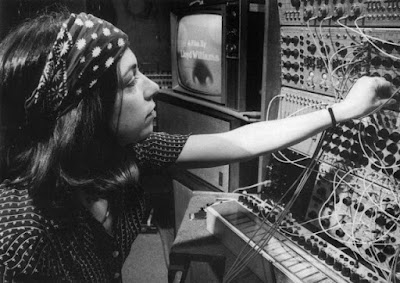 Perhaps you're like me, getting pretty depressed about the way this world is going. It's not only the hate and confusion, the lies and deceit, the posturing and pretense ...

... it's a world that doesn't seem to have enough inspiring people in it. Or at least we don't hear about them often enough. Sure would be nice if ... wait!

This account of the life of Suzanne Ciani has arrived just in time.


So the story goes like this... In the end, all things come back to Buchla.

That is to say the Buchla synthesizer, the prime (but far from exclusive) tool used by Suzanne Ciani to forge a career (if not a name) that would find its way into every household.

Now, listen carefully to the music in the backgrounds:

If you've seen/heard a Merrill Lynch commercial featuring a bull walking through a china shop ...


... or traversed through the Atari universe ...


...  or played a Xenon pinball machine that made "oooh" and "aaah" sounds to its Ciani-scored musical accompaniment. 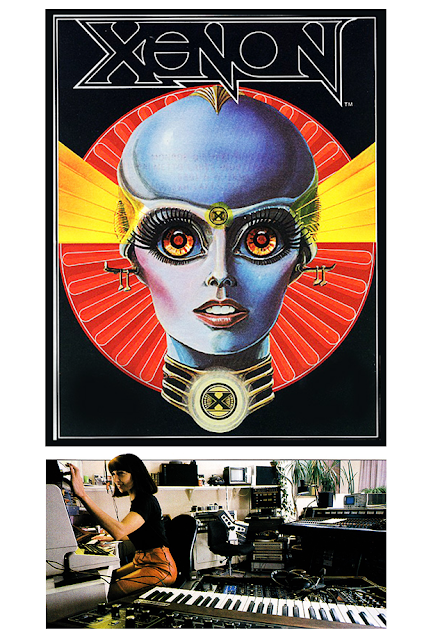 And here is a clip from the documentary itself; how refreshing does a Coke sound after Ciani gets through with it?

Okay, maybe you're not that impressed with all this Madison Avenue-type stuff. Hmm ...

I invite you to try this beautiful composition on for size and then meet us back in the review. The piece is called Neverland.


I guess I didn't mention Suzanne Ciani is a five-time Grammy nominee. Well, now you know. A bio-pic on the life of the person behind these music and sound design innovations has been long overdue. Fortunately, director Brett Witcomb and writer Bradford Thomason have now answered the call in top-notch fashion with A Life in Waves. 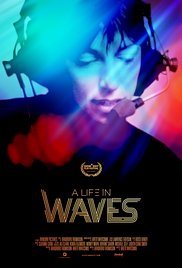 How do you create immediate interest and historical placement re: this largely unknown figure? Answer: start with a clip of Ciani's appearance on David Letterman's NBC show circa 1980, with the host looking bedazzled with the offerings of the effervescent musician. After some testimonials from New Age music pioneers/practitioners (including Tangerine Dream's Peter Baumann) the doc then catches up to its subject in 2015, with her returning to Wellesley College to accept the Alumnae Achievement Award, where her face fills with pride and admiration upon regarding the photos of past graduates who made their mark in many of the male-dominated professions (including a super-string theorist, an astronaut ... someone named Hillary Clinton). The career highlights that follow emphasize a similar refusal on Ciani's part to be held back from anything. There was no holding back on the pursuit of electronic music, despite the lack of support she received while attending the U of Cal at Berkeley. There was the determination to continue working in the studio of synth pioneer Donald Buchla, despite a misunderstanding that led to him firing Ciani after only one day on the job. (Not to worry - he still became a mentor and an inspirational force for much of her work.) She wouldn't allow male-dominated Madison Avenue stand in her way after her move to the Big Apple, and she didn't care if the record labels weren't ready when she did a piano-based neo-classical pivot - Ciani just found ways to release the music on her own. (The category New Age came along just in time, although she admits it was largely "a club nobody wants to belong to".) Needless to say, no one was going to tell this artist what to do when she came full circle to once again embrace the sounds of the Buchla invention.


By pointing out how the invention of music as effect took matters to a new psychological level Ciani proves her true trailblazer status. And while I'm hardly an electronic music aficionado (although I've always dug Brain Eno), I think it's safe to say Ciani has brought a particular feminine sense of sensuality to her compositions. The film is fascinating enough given the many self-determined twists and turns the woman's career has taken but there's more to it. Hers is a radiating spirit and exuberant personality that captivates; it's a pleasure that we're at least able to get this close to her through this film (although, as some others have pointed out, her private life remains pretty private throughout – example: her hardly discussed marriage. Sure, maybe it's none of our business, but...) And with only 76-minutes spent as it is, there could have been a little more examination re: the nuts-or-bolts behind some of her work. Nonetheless, we are treated to a smooth flowing presentation featuring solid production values as it is. 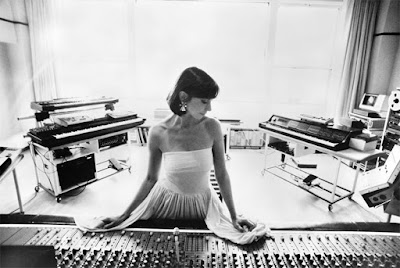 We may not all carry the genes this immensely talented person has but her "go for it" message serves all. As promised, Witcomb and Thomason have introduced us to an inspiring story in a world that seems to need such.

So now I'm not going to say anything more, because output on my part would seem very dry compared to the pleasure that comes from actually watching this film. The screener link was supplied by a PR rep who I will thank immensely - this was one of the most enjoyable films I have seen in a LONG time!

As you've already guessed from my gushing, this one is way high up on the recommended list.

This film deserves kudos for ...

- a revealing look at a great talent we didn't realize was around us.

- an exploration beyond the traditional boundaries of what many regard as music and the means to create such.

- offering seventy-six fascinating minutes with such a charismatic personality.

(The first three videos in the post were embedded from Suzanne Ciani's YouTube page. Check it out.)
Posted by film guinea pig