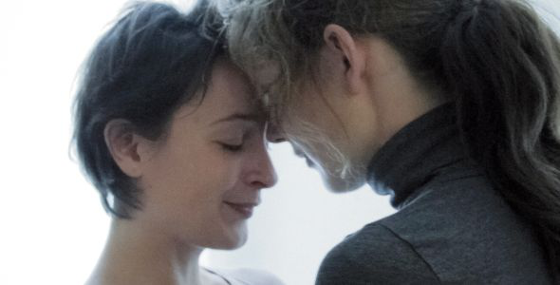 So the story goes like this ... It's not like you can just go and have it done. Lawyers speak in hushed tones for a reason. Doctors make it clear that money will have to come their way, so you better have it. Some offer the procedure in a home instead of an office, so as not to attract attention. 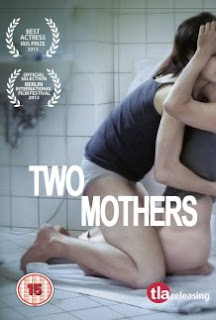 Anne Zohra Berrached's film doesn't cover the plight of women looking for back-alley abortions in those times when such a procedure broke someone's law. Quite the opposite - Isabella (Karina Plachetka) is looking to get pregnant. Problem is, she and her lesbian wife Katja (Sabine Wolf) discover one road block after another in their quest to have a child without adopting.

Facing their approaching middle years, both women are initially enthusiastic towards the idea of bringing a third member into the fold. Being the one most galvanized by the notion, Isabella offers to carry the child.They discover what's good for the heterosexual goose is off-limits for the gay gander. Excitement gives way to frustration as they encounter the inconsistent and baffling laws pertaining to the non-straight set in Germany. Any gatekeeper who may help pave the way in the legal and medical professions are always men - males who also expect to be heavily compensated for their involvement. That's pretty much a no-win situation for two people not seeing a hoard of disposable income via their career paths (waitress and video store manager ... and we all know what happens to video stores). They finally come across a sympathetic physician with somewhat more affordable services - but no guarantees that his fertility procedures will lead to success. There's also that last hurdle to overcome: finding a sperm donor. At least one they can tolerate. The first batch of candidates are strikeouts as far as the two women are concerned: some are too old (more on that later), some have concerning genetic characteristics like height (as in too much of it) and a few don't appeal when it comes to attitude; those are the ones who prefer to have sex with a female - lesbian or otherwise - rather than shoot their wild oats into a cup. Up steps a more affable chap named Florian who scores well on most of the checklist, with one catch - he would like to visit the infant on a regular basis. This goes over much better with the increasingly desperate Isabella than it does with her progressively perturbed mate. Katja develops third-wheel syndrome as she notes how chummy her wife and Flo become. The strain between the two women intensifies as Katja points out the mounting expenses that Isabella is oblivious to.

The rest is spoiler territory.

The film Two Mothers is described in the credits as ein dokumentarischer, appropriate in that this brisk 75-minute effort is based on the input of three different lesbian couples who experienced the kind of tribulations depicted here. There are also a slew of regular folks in the cast: doctors playing doctors, sperm donors portraying sperm donors, and other non-professional actor types. Their contributions add to the cinéma-vérité feel of the film (as does an absence of a musical soundtrack and any flashy montage/mise en scène intrusions). For such an emotionally charged topic, there is enough distance provided to allow the viewer to both empathize and scrutinize with clear heads.

The casting of the two leads pays off in spades. Wolf's silent moments are all telling; you can feel her sinking into a more isolated state as the story continues. Plachetka does a fine turn as a person whose myopic outlook overtakes her.

ALAS, NOT EVERYTHING HERE SMELLS RIGHT: the women are shown interviewing a slew of men but Berrached elects not to allow the conversations to be heard - except when it comes to the certified jerks. In the case of the older man, their consideration of him seems to end upon hearing his age. Perhaps sperm counts are down in the sunset years of a male but we never find out this chap's background (University professor? Research scientist? Noted artist?) - it's strictly a case of ageism. The couple's picky paint-by-numbers approach to pregnancy (and outright dismissal of adoption) will leave some viewers less sympathetic to their plight.

Still, the importance of detailing the b.s. people encounter when it comes to sexual orientation is always worth the effort. Two Mothers deserves an audience.

This film deserves some nods for:

- an approach to storytelling that doesn't descend into melodramatics.

- avoiding the cinematic bloat that so many other feature films suffer from.