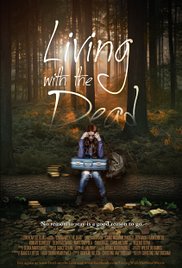 
(Full disclosure: Producer Rebekah Nelson requested a review and provided a screener link to the film.)
Posted by film guinea pig No comments: